In order to use RunSignup, your browser must accept cookies. Otherwise, you will not be able to register for races or use other functionality of the website. However, your browser doesn't appear to allow cookies by default.

If you still see this message after clicking the link, then your browser settings are likely set to not allow cookies. Please try enabling cookies. You can find instructions at https://www.whatismybrowser.com/guides/how-to-enable-cookies/auto.

This option is for partners and sponsors to come out and set up a tent/booth during the event.
Sign Up
Description

We will have in-person registration at early packet pickup and event morning. Please see the details below.

The Military City Miles & Memories Bike Ride takes place in San Antonio and is a charity memorial that honors fallen service members while raising money for Memories of Honor. Participants can choose from various distances to accommodate all levels of cyclists. This bike ride is a great way to show our appreciation and support for Gold Star Families, who have made the ultimate sacrifice. We hope you will join us in this special tribute to those who have made the ultimate sacrifice for our freedom. This ride is produced in partnership with Team Taco.

What makes this ride so unique? 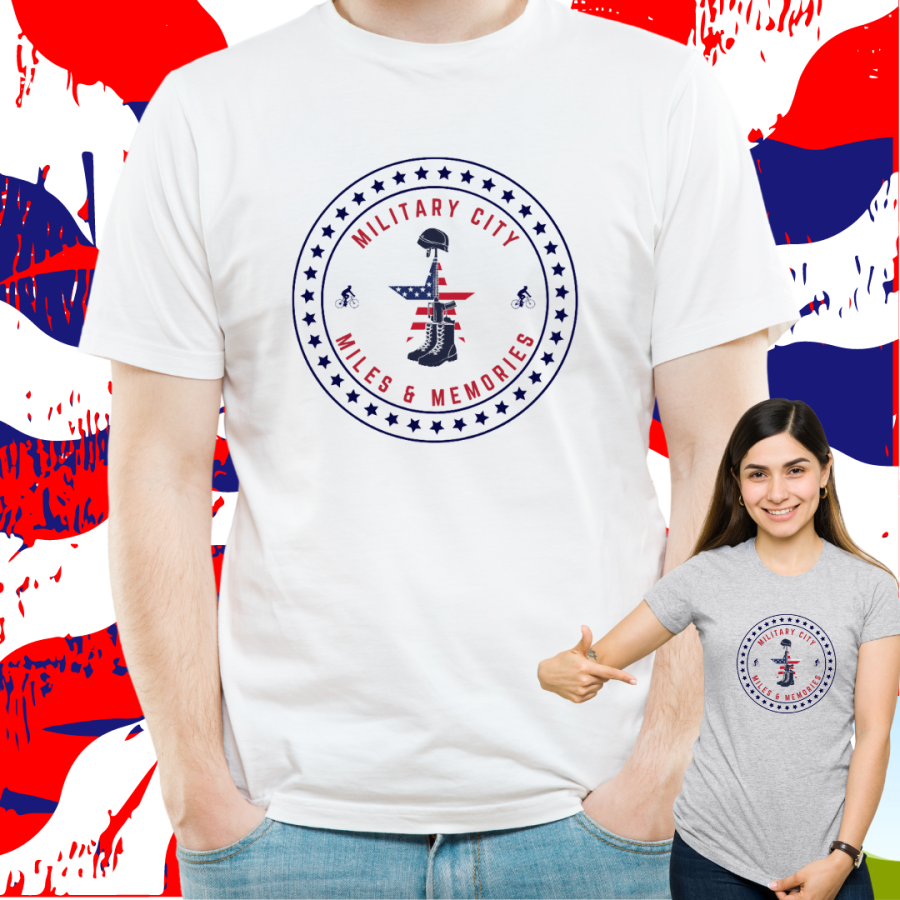 WHAT IS A CHALLENGE COIN? A challenge coin is a small coin or medallion bearing an organization's insignia or emblem and carried by the organization's members.

WHY CHALLENGE COINS? Challenge coins have a special way of instilling pride in their recipients. Unlike finisher medals, challenge coins are steep in military tradition. Being given a challenge coin represents comrade or unity and proves membership of a specific group, as well as honoring the actions of those who receive them. There is some debate regarding the history of where challenge coins first came into existence. But some historians believe the tradition began in an infantry-run bar in Vietnam, where patrons were required to present enemy bullets or their challenge coin upon entrance.

This coin signifies your commitment to honoring the service, sacrifice, and life of our fallen heroes and their families. You become part of our family when you earn this coin by participating and completing this event. We can't wait to present it to you. 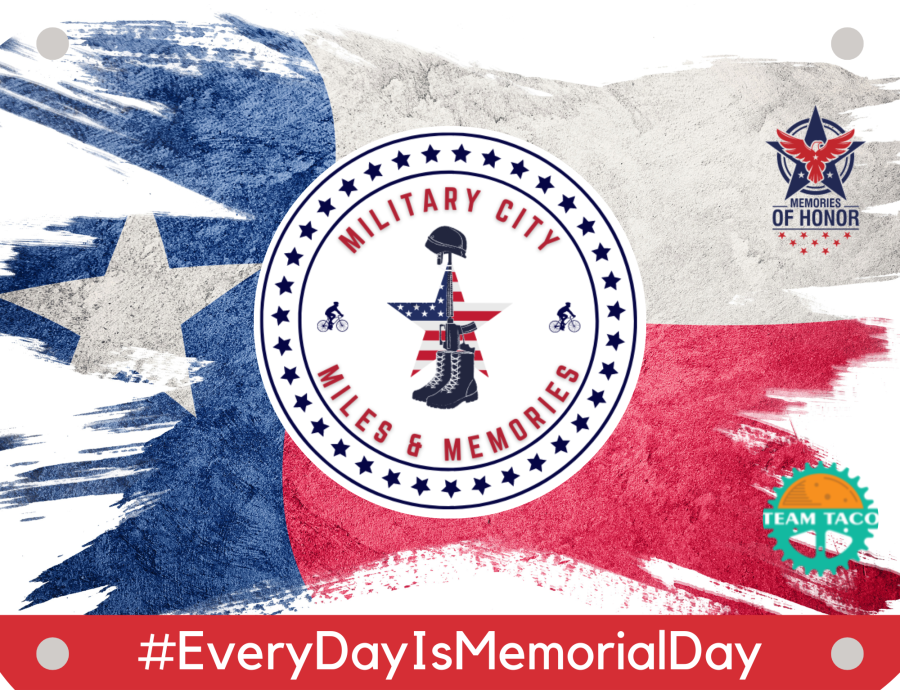 Each bib contains the name of a fallen hero from our national database. We will also have blank bibs if you want to write your own. 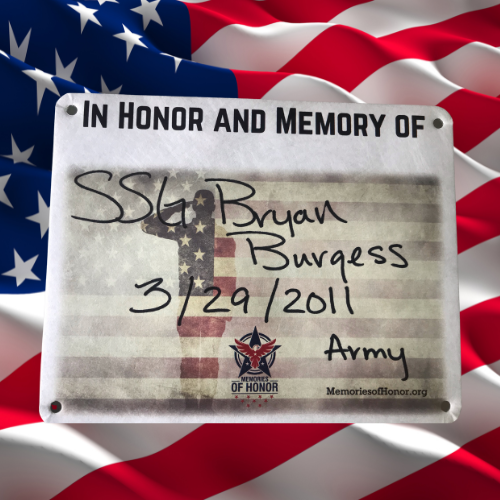 Click on the links below to see the routes on STRAVA. 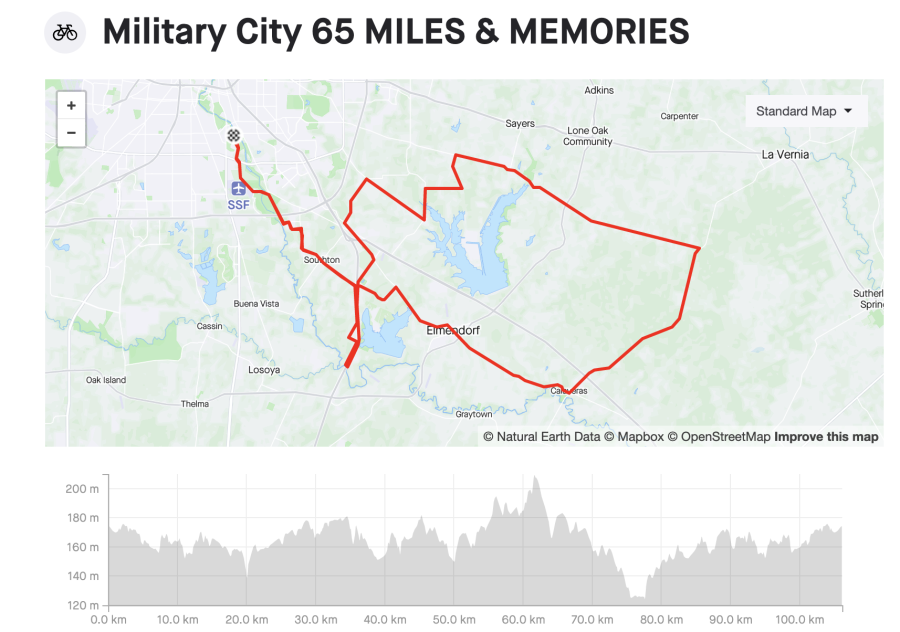 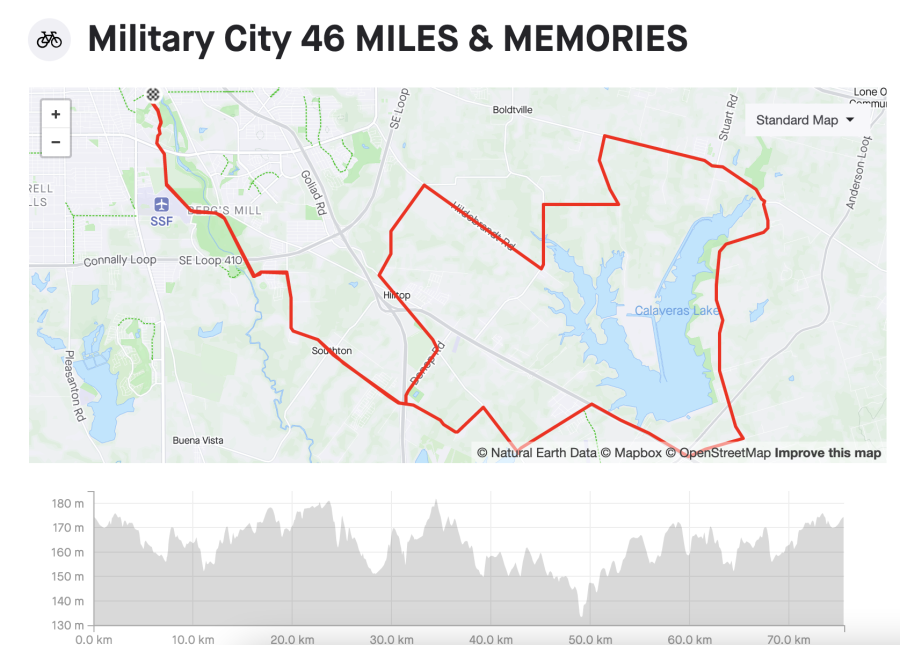 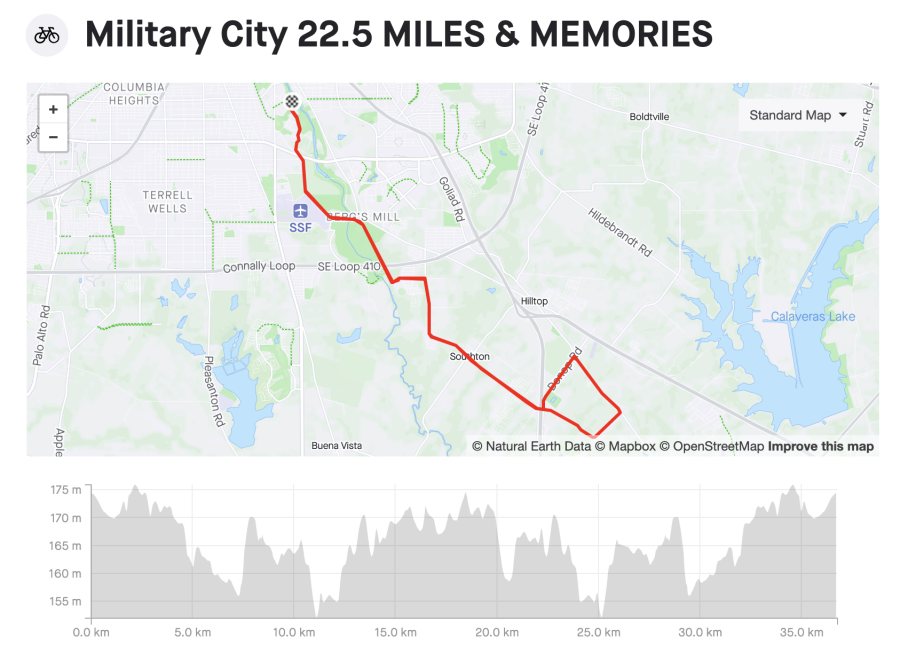 Mile Point and Next Stop Distance. 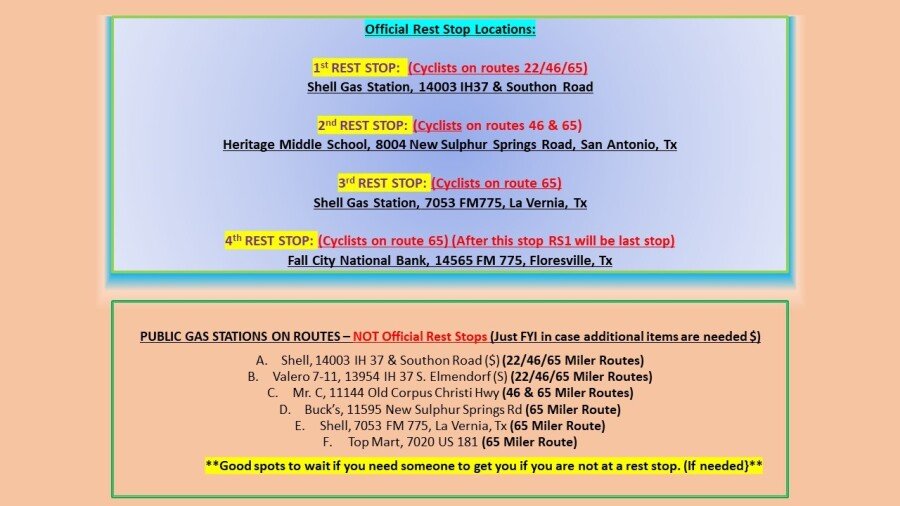 About Memories of Honor

We believe our fallen service members and their families deserve to be honored and remembered more than one day per year. Thus, our mission is to make every day Memorial Day. We use athletics, entertainment, and special events to create living memorials so all active-duty and veteran loss of life due to service country are remembered. We honor all branches, dates of loss, and loss of life while in or due to military service. We remember!

Team Taco is a San Antonio‐based cycling group established in 2018 to participate in the Multiple Sclerosis 150- mile Ride to the River. Team Taco is composed of big-hearted and hard‐working cyclists of all ages and diverse backgrounds who deeply love cycling and community service. Our members volunteer their time, effort, and service to the community through the ongoing support of local events that positively impact our city. 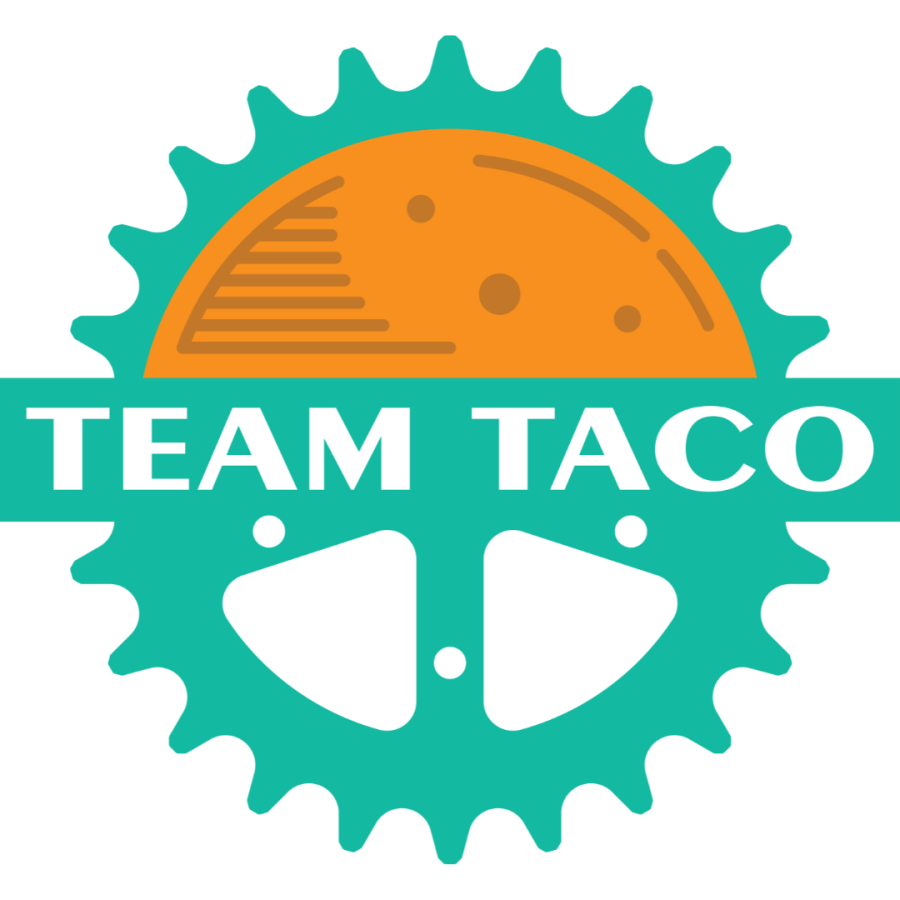 If you have any questions about this Military City M&M, click the button below.

Additional Military City M&M information can be found at https://www.militarycitymm.com/.

Teamwork
Give a helping hand, watch for problems (loose straps, loose equipment), and help each other to be safe and enjoy the ride.

Be Predictable
Group riding requires even more attention to predictability than riding alone. Other riders expect you to ride straight, at a constant speed, unless you indicate differently.

Communicate
Use hand and verbal signals to communicate with group members and other traffic.

Hand Signals
Hand signals for turning and stopping are as follows: Left is straight out to signal a left turn. Left arm out and down with your palm to the rear to signal slowing or stopping. And, for a right turn, put your right arm straight out (in areas where this is legal) or put your left arm out and bent up.

Verbal Warnings
Announce a turn well in advance of the intersection so that group members have time to position themselves properly. Along with hand signals, verbally warn cyclists behind you of your changes in direction or speed. The lead rider should call out “left turn,” “right turn,” “slowing,” stopping,” etc.

Announce Hazards
When riding in a tight group, most cyclists do not have a good view of the road surface ahead, so it is important to announce holes, gravel, grates, and other hazards. Indicate road hazards by pointing down to the left or right and by shouting “hole,” “bump,” etc., where required for safety. Everyone in a group should be made aware of hazards. However, not everyone needs to announce them.

Change Positions Correctly
Generally, slow traffic stays right, so you should try to pass others on their left. Say “on your left” to warn the cyclist ahead that you are passing. If you need to pass someone on the right, say “on your right” clearly since this is an unusual maneuver.

Watch For Traffic Coming From The Rear
Even when you are occupying the proper lane position, it often helps to know when a car is coming. Since those in front cannot see traffic approaching from the rear, it is the responsibility of the riders in back to inform the others by saying “car back.” Around curves, on narrow roads, or when riding double, it is also helpful to warn of traffic approaching from the front with “car up.”

Watch Out At Intersections
When approaching intersections requiring vehicles to yield or stop the lead rider will say “slowing” or “stopping” to alert those behind to the change in speed. Each cyclist is responsible for verifying that the way is clear before enter the intersection.

Leave A Gap for Cars
When riding up hills or on narrow roads where you are impeding faster traffic, leave a gap for cars between every three or four bicycles. This way motorists can take advantage of shorter passing intervals and eventually move piecemeal around the entire group.

Move Off the Road When You Stop
Whether you are stopping because of mechanical problems or to regroup with you companions, move well off the road so you don’t interfere with traffic. It is usually best for the lead rider to pull forward in the stopping area and for other riders to pull in behind the rider in front of them. When you start up again, each cyclist should look for, and yield to, traffic.

Ride One Or Two Across
Ride single file or double file as appropriate to the roadway and traffic conditions and where allowed by law. Even where riding double is legal, courtesy dictates that you single up when cars are trying to pass you if the lane is wide enough for them to safely do so.

Wait At Turns
If the group becomes at all separated, even by a few dozen meters, someone should wait at the turn until the next rider arrives at the intersection, and so on until all riders have made the turn.

Two At The End
For safety and as a courtesy, if the group spreads out, the last two people should adjust their speed to ride as a pair. If either should need assistance they will have a helping hand.

If you continue to use this site, you consent to use all cookies.